Metal, measures approximately 79 cm with its base, 71 cm alone

I like to buy metal sculpture when they are large and well chiseled and patinated because for a tiny part of its bronze equivalent, we have spectacular pieces that play the game well … As my children say, ” it does it” !
A drinker refreshes himself by drinking with a “gargoulette” which keeps its contents very fresh. He is probably a Spanish coachman: although his head is protected by a scarf, he has his hat and his whip at his feet. I have not seen a signature or a foundry mark: it might be necessary to separate it from its base to check, but it is original, in wood covered with old damaged velvet I did’nt to have the heart to do that. 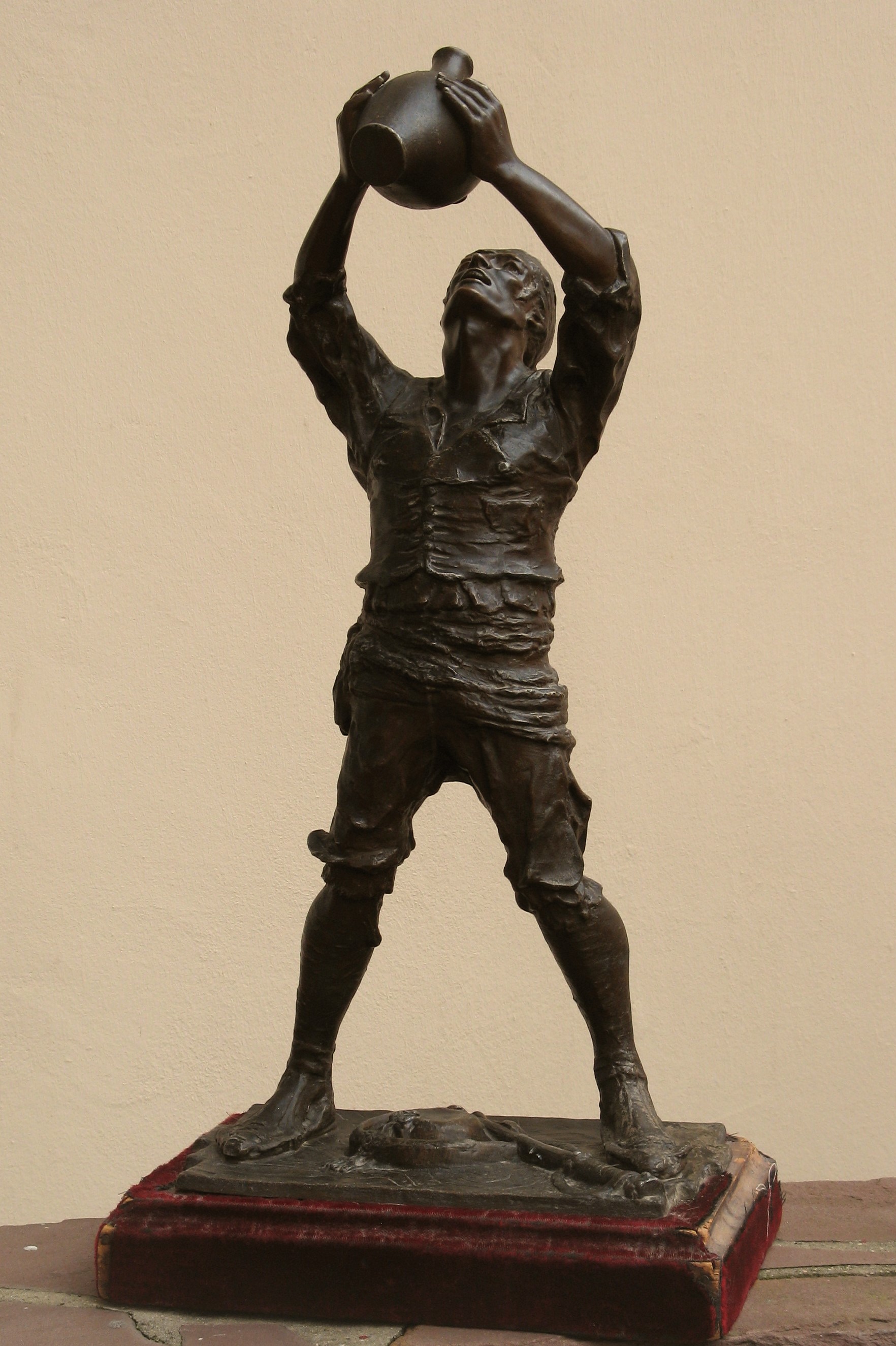 Gothic keystone Carved stone 26 X 25 X 21 cm. Although Gothic probably from the second half of the 13th century, this keystone with four ridges

20th century 21.5 cm high by 8 cm wide This incredible terracotta candlestick project dates from the first years of the 20th century, at the